The Perks of Reading Philosophy

Person A: Imagine you are thrown in water and that you could ask to be equipped with only one skill. What would that be?

Person B: Swimming, of course.

The answer sounds pretty obvious, doesn’t’ it? Such an answer triggered by the imminent instinct of survival is the one that prevails in this case. Without swimming, the water currents would “decide” about the “fate” of this individual, leading him or her towards a potential fatal ending.

Now, let us try allegorizing this question shifting from a bodily death, towards intellectual death. Immediately, the answer becomes less trivial. One may ask: “Intellectual death?! What does that even mean?”

In this allegory, the flowing waters of the river represent the daily routine, where sometimes, one goes along without thinking, without asking questions, without willing to learn how to ‘swim’. Getting absorbed into these on-going streams, seems quite convenient at times, as it implies no effort, no initiative and no acquisition of knowledge regarding what might be coming next.

Ignorance could be blissful in the short run after all, couldn’t it? Nevertheless, what it brings in the long run, is our intellectual death. Without trying to learn how to swim and explore these surrounding waters, we will be left solely to the guidance of mystery and chance. Similarly, without critically questioning our society and its mainstream beliefs, we would be an easy prey of manipulative decisions, failing to see the connecting dots between the past, the present and the potential social, cultural and political implications for our future.

Reading philosophical works can teach us how to “swim” through asking questions and critically discussing about their answers, which as I have discovered, can also consist of other questions.

Beginning from antiquity, Greek philosophers have dwelled into relationships of the material and the immaterial, earth and the heavens, dryness and moist, love and strife, good and evil, empiricism and transcendentalism, concrete and abstract. They have a significant influence in the formation of political thought governing the western thinking.

I think that getting familiar with these philosophers’ works, such as Aristotle, Plato, the Enlightenment philosophers such as Kant, Mill, Hobbes, Rousseau, and up to more modern ones such as Rawls, allows us to confront their ideas and rationally assess their influence with the amount of knowledge left to our usage these days. The questions that were asked from the times of Thales, have ignited the development of the abstract thought through further elaborations on the theories proposed either via supporting or opposing them.

Philosophy has also had profound application in politics. Works of Machiavelli or Aristotle are the primary reads of any influential politician today. These works have travelled through time and space, surviving different political contexts.

For example, different forms of governments were continuously discussed from the birth of democracy in classical Greece. Aristotle was against tyranny, as he categorized it as the rule of one person for his own interests.  Monarchy was considered to be as a lesser evil, as it was the rule of one for the interests of the many. The rule of the many was under the names of oligarchy and aristocracy where in oligarchy, the few are ruling for their own interests, differently from aristocracy, where the interests of the many are concerned.

When it comes to democracy, Aristotle was not a fan of it either, as it considered it the rule of the many for the interests of the majority, neglecting the minority. This tyranny of the majority implication did not allow for Aristotle to choose democracy as the best ruling form. This is why he came up with a mixed government proposal, in line with his ‘golden mean’ approach, where there is a democratic legislation and constitution, on the basis of which, there is one person ruling, whom we call today a prime minister or president depending if we are in the US, France or Germany for example. This is a much better approach than the one Plato had. Nevertheless, we should not celebrate it too much, as there is still room for manipulation while crafting the legislation, as long as there are power implications and several interests involved.

Today, we live in a period where there are additional tools, which bring science into light more than ever before, interpreting more things and lifting the veil of mysticism.  Nevertheless, one should still be able to be vigilant on what the current trends are, and to be aware of the influence that philosophical thoughts have had in important world events, in order to be able to recognize certain convictions in a politician’s speech, or even to exercise civic duty in the community. As the society is getting each time more complex, going with the stream is not a surviving option, as one has to learn how to ‘swim’. 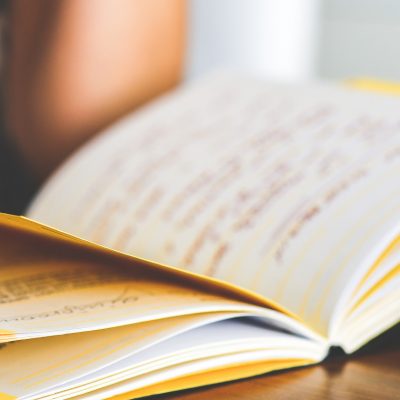 Why Deep Reading is Important and How to Practice It?

Digitization of traditional materials and the production of new digital ones has given prominence to the digital reader. While at […]